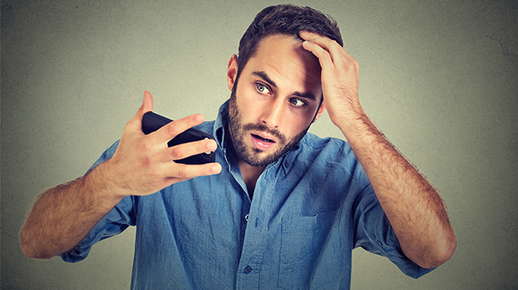 Around 50 percent of men and 20 percent of women are affected by age-related hair loss. Although many people may think that balding is the same for everyone, genetic hair loss — rather than that caused by other diseases — tends to follow certain patterns.

One common cause of hair loss is the male hormone dihydrotestosterone (DHT), which is made in the body from testosterone. In certain people, DHT causes the hair follicles to stop working, which leads to a loss of hair. This type of baldness tends to affect the mid-scalp and crown areas. The causes of other hair loss patterns are currently being researched.

Genetic hair loss tends to occur according to certain patterns, which are classified by doctors as follows:

In addition to the hair loss patterns, genetic hair loss can be described by its severity:

If you are experiencing hair loss, whether it is mild or severe, schedule a visit to your hair care professional for help with finding a style that works for your hair.

We are located in The Colony

We are open most mornings and evenings for you! By Appointment ONLY.